We are currently talking about the different types of leadership styles that work within organizations. These styles that are mentioned in the Path Goal Theory of Leadership are directive, supportive, participative, and achievement-orientated. Some people believe you have to be born with the necessary traits to become a successful leader but this isn’t necessarily true. Yes, some of the traits of a leader are difficult to enhance or change if your personality doesn’t fit. This doesn’t mean you can’t be a successful leader if you don’t possess all of these traits. There are numerous amounts of leaders that have developed leadership skills throughout their lives.

Meg Whitman, CEO of EBay, started her career by learning from numerous companies. She was often the new employee in many organizations. She began her career in brand management at Proctor & Gamble. This is where she learned the very valuable listen that customers come first. Then, Whitman went on to be a business management consultant for Bain. Bain was a decentralized environment. Meg Whitman learned that collaborating with others is a better way to get things done then controlling your employees. All of these experiences helped Whitman acquire these valuable traits of listening, learning, collaboration, and building relationships. She learned that one must influence people to be a successful leader.

Meg Whitman took these valuable lessons that she learned and put them into affect at EBay. She became the CEO of EBay in 1988. Revenue has grown from 5.7 million to 4.7 billion in 2005.

You may ask yourself how has she done this?

Meg Whitman is a firm believer in influencing relationships with her employees and not controlling them. There are three leadership strands that Whitman uses at her job as CEO of EBay. First, she realizes she cannot control the buyers and sellers of EBay. Second, Whitman feels that people are basically good, so trust them. This shows us that Whitman is a supportive leader. One who emotionally supports her employees and treats them with care and respect. Whitman says, "Our Company is built and managed on validation.” Third, don’t assume that you know everything. Whitman is also a participative leader. She listens and lets her employee’s voice there say in meetings and important decisions within the company. Whitman also believes you must travel and learn from different countries. You can never learn too much. Meg Whitman is a very knowledgeable leader.

Meg Whitman is a prime example of a leader that developed her leadership traits throughout her career to become a successful leader in one of the top companies in the world. Meg Whitman was a very charismatic leader who used her influenced others rather than forcing them to come to work every day. Therefore; Meg Whitman is a well respected leader of eBay.
If you were to become a successful leader in the future, what qualities would you possess and what type of leadership style would you likely portray to your employees?

www.associatedcontent.com
Posted by The Big Bang Bloggers at 10:13 AM 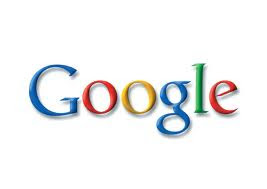 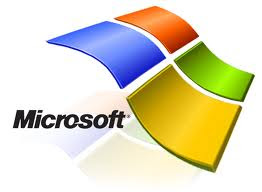